In four more days, President Obama will be leaving office and transitioning into his life as a civilian with his family. After 8 years of hatred, war, groundbreaking legislation and more, I believe that the Obamas deserves it. While they’re leaving the White House, down the road, Donald Trump will be assuming the highest office in the land thus beginning four years of foolishness, anxiety, and uncertainty. Needless to say, it’s an interesting time to be living in America. On January 16, 2017, the 31st observation of Dr. Martin Luther King, I can honestly say we are now living in the Twilight Zone. For those unfamiliar with the Twilight Zone, it was a popular television show in the 50s that focused on the paranormal, alternative universe and its more prevalent now more than ever. Today, the Federal Bureau of Investigation (FBI) released the following tweet:

Now for those not aware, you might be saying, “Wow, that’s really nice. A gov’t entity showing love to a beloved African-American figure!” For those that’s been paying attention to the Civil Rights movements, you know the loaded bullshit behind these words. You know that the FBI was one of the biggest adversaries to the advancement of rights for Black Americans and  prominent leaders in the Black community during the Civil Rights era. The audacity of this tweet is ridiculous. From COINTELPRO to letters telling Dr. King to kill himself to this tweet, needless to say the FBI has had a extremely strained relationship with Dr. King over the years.

“Personally, I believe in the light of King’s powerful, demagogic speech” that “he stands head and shoulders over all other Negro leaders put together when it comes to influencing great masses,” Sullivan said. “We must mark him now, if we have not done so before, as the most dangerous Negro of the future in this Nation from the standpoint of communism, the Negro and national security.”

Despite a failed surveillance operation to prove Dr. King to be a communists, the FBI DID find that Dr. King had numerous extramarital affairs and sex-tapes of these acts. They were prepared to drop massive amounts of dirt on Dr. King if he kept up his fight for equality in the U.S. Hell, Dr. King even received an unsigned letter to his home that spoke to how some in the FBI felt: 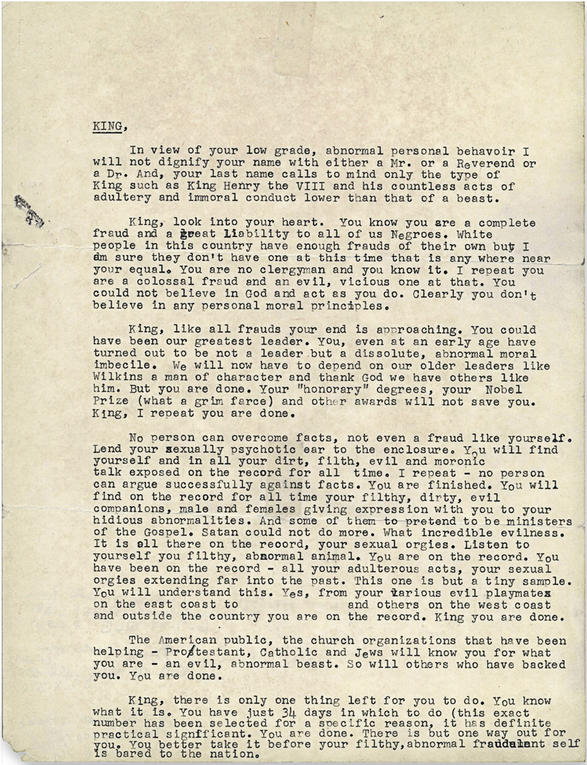 You can read the disdain, the hatred, and disgust in this letter. I’m sure Dr. King is turning over in his grave right now after the FBI sent out that tweet today. To make matters worse, Dr. King’s son, Martin Luther King III visited Donald Trump on the day honoring his father to talk to speak with Trump. According to King, he mentioned that:

“The goal is to bring America together, and Americans,” he added. “We are a great nation, but we must become a greater nation.” 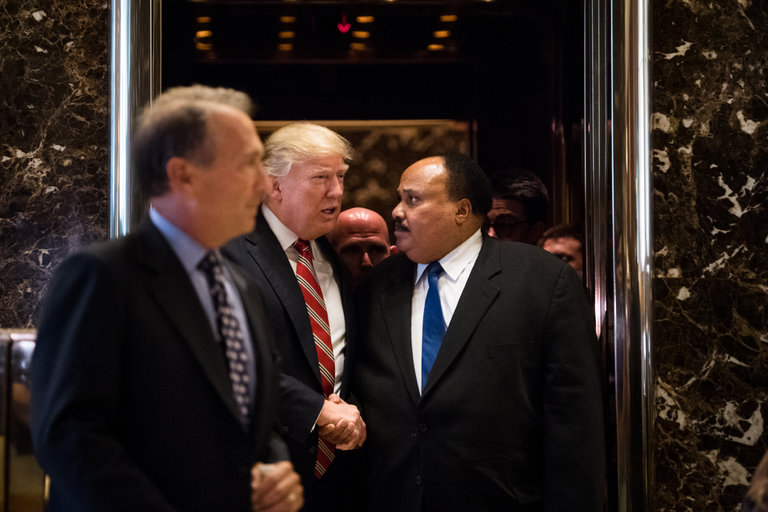 Somewhere in the Great Beyond, I believe that Dr. King and other Civil Rights leaders are shaking their heads in unison at where we are right now as a country let alone as a community. We are in strange times right now in America that will not always make sense and I’m sure it’ll only get stranger. We’re only 16 days into 2017 and it has been full of turns already. Here’s to 2017!