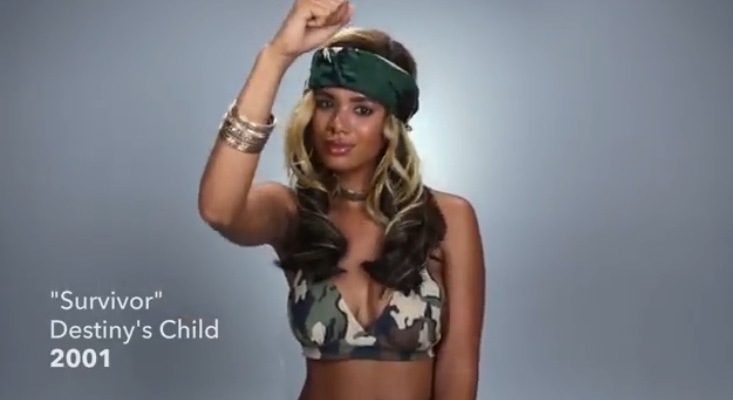 Getting married to the self-proclaimed, “VP of the Beyhive”, allows one to understand the passion and fandom that goes into the world of Beyonce. Granted, I’m not a Beehive lifetime member, but I can acknowledge how/why people love her. For many (black) women, Beyonce is a role model that has broken down a variety of glass ceilings as well as has the power to stop the world when she says, “world stop” no matter male or female. For a lot of people, Beyonce is #BlackExcellence #BlackGirlMagic and #Blacklove all wrapped into one H-town, R&B, Queen. Honestly, she deserves it….HOWEVER, what Beyonce DOESN’T deserve is the foolery that Buzzfeed put out trying to emulate the iconic looks of Beyonce over the years.

I could not help but laugh at the fact that this woman (who I’m sure will begin seeing some bee emojis in her comments sooner rather than later) actually thought that this was a good idea. Let’s face it, Buzzfeed videos haven’t had the same panache  in the last couple of years, but THIS?!?! THIS some bullshit. The lazy theatrics, cheap knockoff outfits, and sleepy wigs made me shake my head. I’m sure this young lady saw this as an opportunity of a lifetime, but DAMN!? This was more #HiddenFences than #HiddenFigures. Everything from the whack light instrumentals that brought to mind the actual songs to the hand gestures throughout the video (my favorite being the “Soldier” sequence). That Dangerously in Love sequence looked as though she was dangerously uncomfortable with that sleepy hollow wig on!

I get it, I really do. People truly revere Beyonce and want to recognize her in all that she’s done, but this is whack-sauce. This is no attack on the woman portraying B as I genuinely feel that she was doing her best, but this is more about the whole idea in itself. Where’s the energy? The pizzaz?  I wanted this young lady to win, but:

Hopefully, the Beyhive won’t sting Buzzfeed too much after this one….Please don’t take down our other greats like Jay Z, Rihanna, or ‘Ye. Leave them alone.