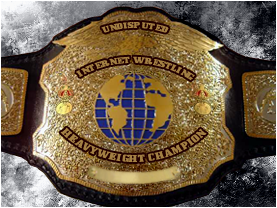 The inter web is an interesting piece of thang aint it? You can literally get information at the drop of a dime and connect with people from across the world at a given moment. I’m positive that back in the early 60s when J.C.R. Licklider first spoke about an “intergalactic network”of computers, there’s no way he could have foreseen the foolery that we get to engage with on a daily basis. From the Soulja Boys of the internet to the Kimbo Slices (Rest In Peace, G), the internet never lets us down. NEVER! This a pure fact, just a pure fact!

Once again, the internet finds itself as undisputed champion as it continues to roast an underwhelming pile of hot baby mama trash found in Panda-extraordinaire, Desiigner’s lukewarm freestyle for XXL. Not only are the memes hilarious, but up-and-coming “MikeWillMadeIts” and “If Young Metro Don’t Trust, I’m Gone Shoot Ya” producers couldn’t bypass an opportunity to get on. They took this trash and put it on a hot beat or two and they continue to come out by the boatloads. However, at the end of the day, if you put trash in a white or blue bag and spray some Curve for Men on it, it’s still trash. I’m wondering how long before we stop letting this poo continue to sit in the sun and get shine?! At what point are we going to say, you know what, he stole Future’s style and we can’t condone this!? I mean, Drake took all those critiques about ghost writing but what about Desiigner taking a whole style? I don’t know. But I do know that the tracks below are just a few of the tracks that I thought was hilarious. What say you?

Some of the hottest tracks featuring the lukewarmness: